Do the French Hate the English?

There’s a commonly held opinion that the French people actively dislike the English, and that this often affects English-language speakers from other countries. This general dislike is said to be especially so of the Parisiennes.

At least, that’s what I’d been told.

Yet, in the three weeks I was in France, that simply wasn’t my experience.

You don’t believe me? Let me share a few examples with you.

When we arrived at Charles de Gaulle Airport and were trying to find the commuter train to Paris, several people helped us, including a railway official. You might argue that, since he deals with lots of confused tourists, that his job requires him to be helpful. But a friend of mine had the opposite experience in the same environment.

Then, as we negotiated our way through a maze-like station to catch the Metro that would take us to the place we were staying, a young guy offered to carry our luggage so Craig could assist me. As South Africans we were naturally hesitant. So, with a typically Gallic shrug, he offered to assist me instead, leaving Craig to carry the bags. Which is what we did.

It seemed like there were always people willing to assist me off a train or a Metro. Serving staff in restaurants were hospitable and friendly. And the people we met as we visited the various tourist sites on our list were approachable and willing to assist. In fact, I can’t think of a single person on the trip who was less than friendly.

On one occasion we were helped by an elderly gentleman who couldn’t speak a word of English. He guided me through a Metro station onto a train, climbed on and travelled with us. He assisted me to the next train and again travelled with us for a few stops. Then he said goodbye in French, climbed off the train and headed back the way we’d come.

I don’t know whether it helped that Craig and I are able to say a few words in French – we try to do so for any country we visit. Or whether my blindness played a role in making people feel more welcoming and willing to assist.

But, whatever the reason, I certainly found the French people to be charming and hospitable – nothing like what we’d been led to believe. And I’ll be happy to say so anytime I hear someone mentioning how unfriendly the French people are.

A Wonderful Side effect 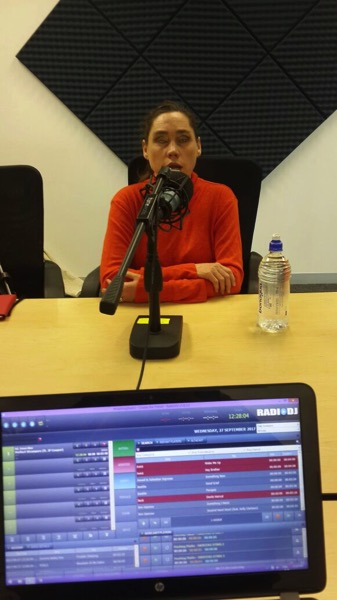 One of the most amazing, unexpected consequences of my recent publicity is that people have been reaching out to me for advice to help them or family members who are losing their sight – one wonderful gentleman even tracked me down after a radio interview in a feat of investigative work that would have done any private investigator proud!

I love the range of questions I’m asked, from a lady whose husband is struggling to accept the reality of her sight loss, to specific questions about what assistive technology is available to help with particular tasks. I also occasionally get questions about writing and publishing books, which are equally great.

I’ve always been fortunate to have people around me who have helped me to find answers to the questions I’ve had. As such, I consider it a privilege to be able to help others in my turn.

If you, or someone in your family or circle of friends, is losing their sight please feel free to contact me through my website www.loisstrachan.com or on any of the social media channels where I’m active.