When I was in high school I went through a protracted phase of devouring any novel or movie I could lay my hands on that was set during WWII. Even now, every now and then I’ll settle down to enjoy a book that’ll take me back to this period in history.

So it’s no surprise that I was excited to have the opportunity to visit Berlin as the final destination on my recent travels. I know Berlin has a much richer history than just what’s happened over the past hundred or so years, which was reinforced when we took a walking tour of Berlin’s history. But somehow I’m never been as fascinated by the city’s more ancient history.

As I walked the streets of the city that had witnessed the rise and fall of Hitler’s regime and had subsequently become such a symbol of the divided East and West, I found my imagination being triggered into memories of things I’d read or seen in movies. I’ll admit it was both exciting and a little daunting. 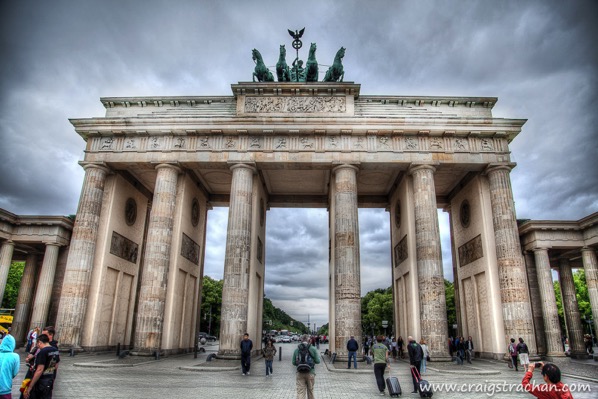 In the next few Blind Tourist articles I’ll share a few of my most memorable experiences of Berlin. Starting next time with my first startling realization of how Berlin’s experiences have shaped her geography.