My Most Intimidating Audience Ever 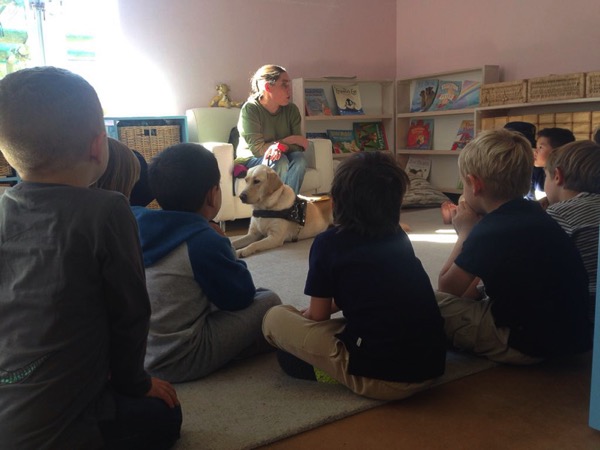 Inspiration and Energy – A Two-Way Stream

Recently I had the opportunity of speaking at a holiday camp for school learners from one of the schools for visually impaired children. The camp is an annual event organized by the Rainbow Dreams Trust that focuses on building confidence and the awareness of possibilities for the learners. It was the second time I was invited to speak at the event.

I told the group a little about myself and my story, focusing on some of the things I’ve done and the way I use assistive technology to help me do the things I want to. Then I invited them to ask questions. As always, I was amazed at the range of topics they wanted to know about – ranging from my books, working with Fiji, and my process of managing uncertainty when doing something new. Craig also got drawn into the Q&A, with several of the questions being about what it was like for him meeting, and marrying a blind woman and the reactions of his family and friends to that decision. Craig isn’t usually able to attend when I’m speaking so this was an unexpected topic for us both!

I was inspired by the energy and curiosity of the learners and, in turn, hope I managed to inspire them to seize the opportunities that come their way as they transition from school into the next phase of their lives, be it the working world or tertiary education.

I came away from the time spent with the group with a profound understanding that at their best, inspiration and energy are two-way streams and are best when being both given and received in turn.

And let me tell you, seldom has a standing ovation meant so much to me!