What Didn’t We Do in Paris? 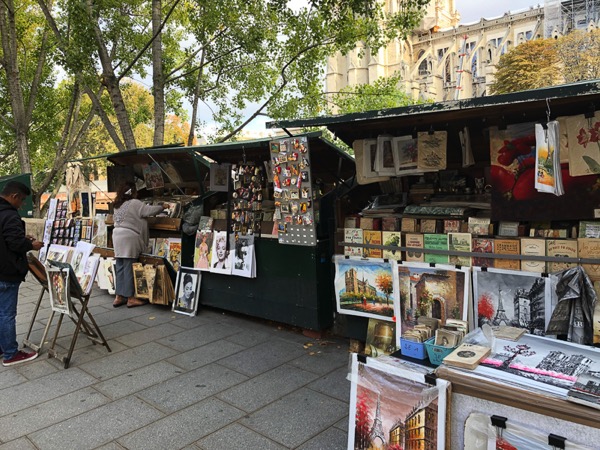 As I was packing my bags on our last morning in Paris, I thought back to the list we drew up before our trip. Surprisingly, we managed to do quite a few of them. Not all, but I think that’s often the case with travel, don’t you?

We’d been to Versailles, seen a number of historic sites like the Conciergerie and Sainte- Chapelle, walked along the left bank of the Seine, got stunning night shots of the Eifle Tower, done both a walking tour and a food tour, visited the Catacombs, and overindulged in the glorious food that Paris has to offer, including a yummy pistachio pastry somewhere in the depths of the Latin Quarter. And those are just the things that spring to mind – I’m sure I’ve left a few out!

In case you’re wondering what we didn’t manage to do, here’s the list:

Which only means there’s some great reasons to go back to Paris. Which we’ll do at some stage, I’m sure.

Till then, have a fun and peaceful holiday season and thank you for sharing my journey with me over the past year. I wish you all the best for 2020!

See you next year!

Paris – The World of the Dead 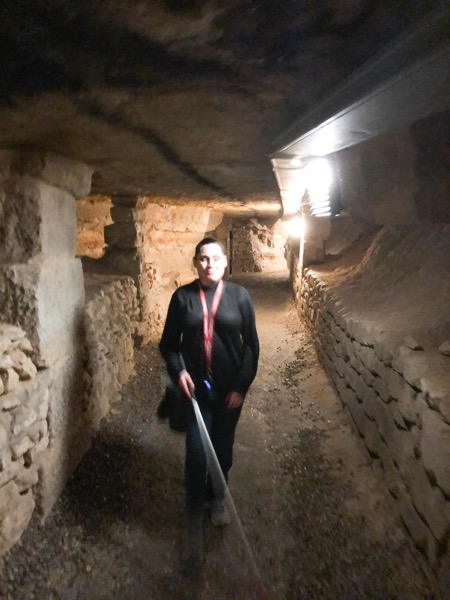 It may sound macabre to willingly take time to wander through a subterranean mausoleum containing the bones of more than 6 million people. In some ways I guess it was. But that was what Craig and I did when we toured the Catacombs of Paris, France.

Here’s a brief historical note to give you a little context: Paris started as a Roman town – Lutetia for those who, like me, was an avid reader of the Asterix books written by Goscinny and Underzo. In time, as Paris continued to grow, the existing cemeteries became overcrowded. During the 1780’s it was decided to use part of the abandoned network of limestone mines beneath Paris to store the remains.

At first, the bones were simply dropped down a mineshaft and left. Until 1810, when the Minister of Mine Inspections, Louis-Étienne Héricart de Thury began to organise the bones and create a more respectful resting place for the centuries of Paris’s dead. As an aside, the ossuary takes up only a small fraction of the network of mines under Paris.

Admittedly, I wasn’t really interested in the ossuary itself. I certainly had no wish to explore the collections of bones using the sense of touch which is how I’d have to have done it due to my blindness – if I’d been allowed to, which I most definitely wasn’t! Rather, what interested me was the history behind the creation of the limestone mines, and the process through which these old abandoned mines had been renovated and became the ossuary that is now a popular tourist site in Paris.

As the story unfolded on the audio guide that was provided as part of the tour, I was enthralled to learn of different events that had taken place in the ossuary and nearby network of mine tunnels. Once the ossuary was open to the public from 1874, it became a popular party and concert venue. The mines were used by the French Resistance during WWII to smuggle information and people, and as a meeting place. In turn, the Nazi’s located a subterranean bunker in the mines. They’ve been used for several movies across the years and Airbnb invited people to spend a night in the mines as part of a marketing campaign. But my favourite has to be the discovery of an illicit movie theatre, complete with large screen, seating, sound rig, a fully stocked bar and restaurant, that was discovered by police in 2004 – they even discovered film reels of recent movies and noir film classics!

It was that history that kept me enthralled during the 90-minute tour of the ossuary.

So, if you still think Craig and I were weird to spend 90 minutes in a subterranean mausoleum for 6 million people, just remember that the Catacombs were visited by 480 000 people during 2018 alone… which means we are by no means the only weird people in the world!

The photo shows me navigating my way through the Catacombs using my white cane.

Posted in The Blind Tourist | Tagged Catacombs, France, limestone, mines, Paris, travel, WWII
Email updates
Lois shares updates on her book, speaking and the reality of living with blindness. Find out what Lois is up to – subscribe here.
Search
Recent news
Facebook