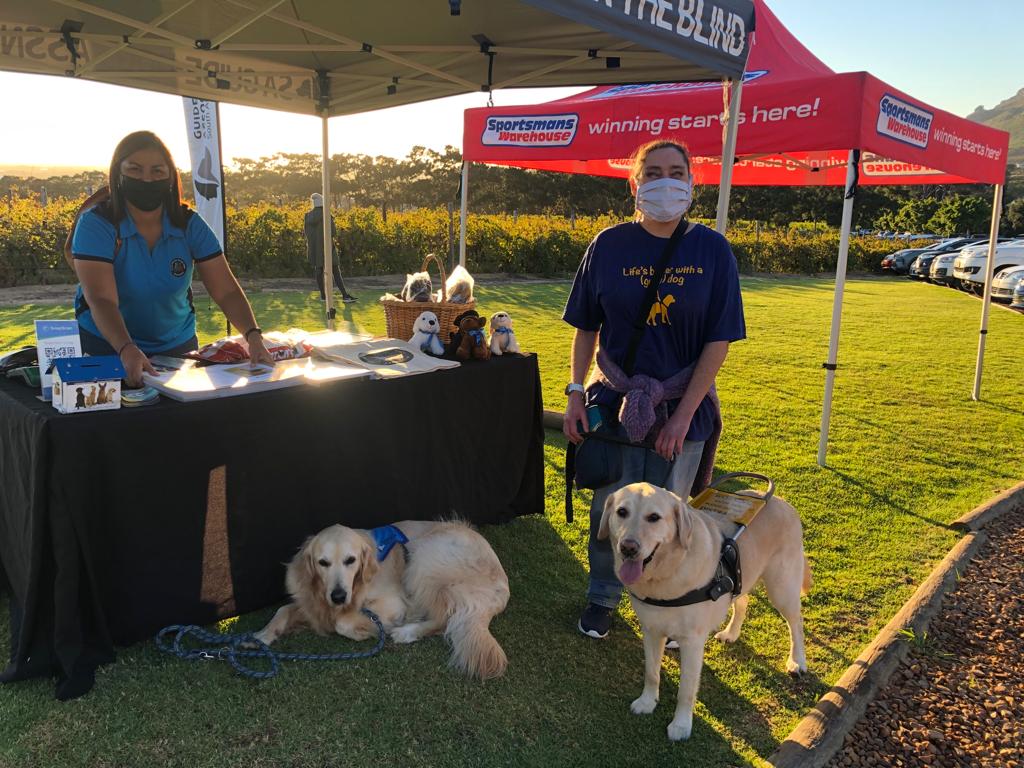 You know, sometimes life just doesn’t turn out the way you expect.

I don’t think my expectations were totally  crazy, do you? After all, I went with Dad to collect his race number on Friday afternoon. I was with Mom and Dad when they drove to Steenberg Estate on Saturday morning. And I stood with the runners as they gathered at the starting line. Of course I expected that I was going to run with them.

Which was why I started barking as the announcements began. After all, I always translate the human instructions for the other dogs at the parkrun. And there were several guide-dogs-in-training at the trail run, so I had to do my job. Even if Mom tried to get me to stop.

I listened carefully as they counted down to the start. And then I sprang forward as fast as I could. Except that Mom was holding my leash and harness. So I couldn’t go anywhere.

And the runners left me behind. I couldn’t believe it!

I did get to hang out with Aunty Jackie and my doggy friend Sid at the SA Guide-Dog Association stand. Which was a lot of fun. Just not what I had expected to do.

Then, as the runners began to cross the finish line for the race I realized what a fantastic spot we were in – everyone could see us and loads of runners came over to say hello. As did their families and supporters. I was constantly surrounded by friendly people all wanting to pat me and remind Mom how amazing I am.

There was even a young human puppy who bought herself a guide dog toy and came and showed it to me – I politely sniffed it and assured her she had made an excellent choice in her new puppy toy.

I also spent time chatting to the other learner guide dogs to tell them what a special job they are training for. Scout, Zakele, Luca and Goldie, the youngest and fluffiest Golden Retriever puppy who has just joined the team in Cape Town had lots to tell me as well, and it was great to spend some time catching up on all the news of what is going on at the training centre. And I also got to say hello  to Aunty Cheryl, who taught me all about how to look after Mom as her guide dog. So it was a wonderful morning.

But still, I would much rather have gone with the runners. Oh well, sometimes life just doesn’t turn out exactly how you expect it to, does it?