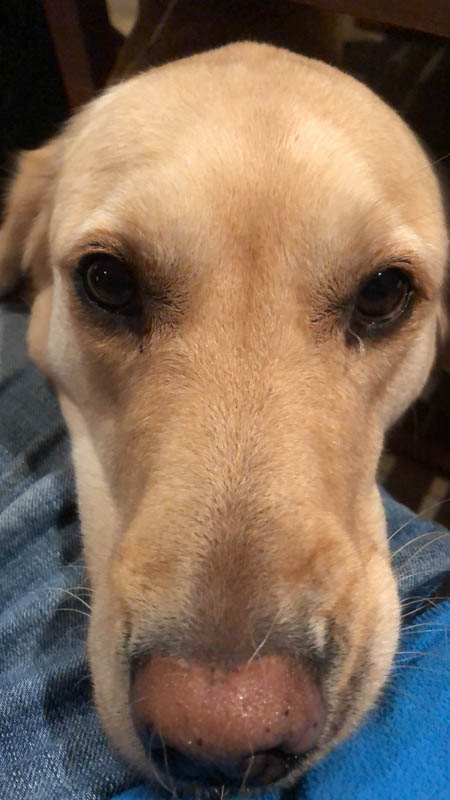 Hello everyone, it’s me – Fiji

Do you know what really confuses me? Where time goes and how it is so elastic. Can anyone explain it to me?

I mean, doesn’t it make sense for time to be a constant? Mom sometimes uses the timer on her watch or phone to measure a specific amount of time, especially when she’s presenting a speech, or when she’s cooking. And the time doesn’t seem to do anything strange then. An hour lasts for an hour, every minute takes the same amount of time as the next one, and each second lasts for exactly a second.

So why does it feel like time goes much more slowly when I’m waiting for my supper? I’m not only talking about how much the time between breakfast and supper seems to drag, but also how many eternities I have to wait for the clock to move from 4:45 PM to 5:00 PM – I promise you those 15 minutes last for hours and hours and hours.

On the other paw, even though I know I only have my doggy vaccinations once a year, they seem to happen a lot more often than that. I swear it was only a few weeks between my shots this year. Even though Mom assured me it had been a whole year. It was honestly as if months had simply disappeared.

If you ask me, there’s something shady happening. I know I sound like a conspiracy theorist, but I’m convinced that somewhere out there is a person who is stealing time and making it appear somewhere, or somewhen, else. It’s the only thing that makes sense to me. And it’s happening right under our muzzles- time is being hoarded in a secret place and those stolen hours are being added every day between 4:45 and 5:00 PM while I’m patiently waiting for my supper.

No, I don’t know how it happens. And yes, I know it’s totally illogical. But I don’t have to be able to explain it scientifically. After all, I’m a dog.

Anyway, the reason for me telling you all this is that it’s been two months since either Mom or I wrote anything on the blog. Which is a very long time. Even though it only feels like a few days since we last wrote. It’s all part of the conspiracy.

Anyway, we’re back now. At least, I am – and I’m sure Mom will start posting articles again soon as well.

As a final note, if you happen to be the person who is appearing and disappearing time, please can you message me and let me know how and why you’re doing it. I really, really want to know…