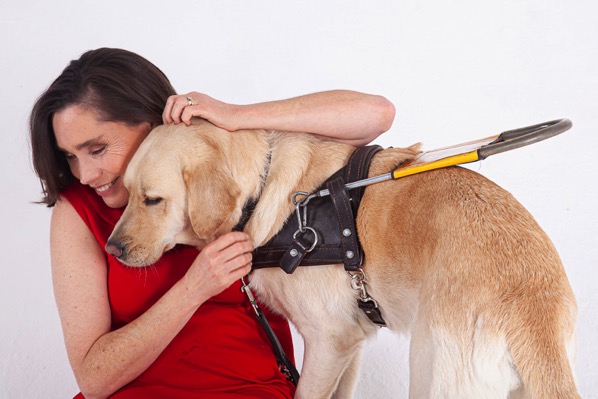 It’s been a while since I updated you on Fiji’s book. And things are starting to move fast now!

Fiji and I have finished creating the content and the book has been proofread. Our next step is to add the photographs and to create a cover for the book… with Fiji on it, of course. Then we need to start shifting into the publishing and marketing phase. Which is going to be exciting for us both!

To my surprise, the book has turned out to be 27 000 words. Considering I anticipated it would be around 20 000 at a stretch, I was amazed to find it just continued to grow. Fiji and I kept adding stories. It’s been so much fun creating a book about Fiji’s perspective of the world. And those who have read it so far, including her puppy walkers, said they enjoyed it.

We can’t wait to share it with you! It will still be a while before it’s available. In the meantime, here is another short extract from the book. This time drawn from what happened when Fiji and I arrived home after being on guide dog training.

Here’s how Fiji remembers that experience:

“Mom and the man had a serious conversation on the trip to wherever we were going. I heard my name a few times but couldn’t figure out what it was about. I rather enjoyed snoozing contentedly at mom’s feet, curled up and occasionally resting my head and my front left paw on mom’s seat. Whatever they were talking about I knew I’d be fine.

The car eventually stopped and I lifted my head to stare curiously around me. The man got out of the car and closed the door, lowering his window to let in some cool air since mom and I were staying in the car. Then he opened the front door and three dogs bounded out and ran onto the grass.

I immediately wanted to go and join them and tried to climb through the open car window. Mom grabbed my collar and held me back and I started to whine and wriggle to get to the dogs. So mom opened her car door and I took a flying leap out of the car and went to introduce myself to my new siblings.

Introductions were quickly made, amidst much tail wagging and tentative play. Emily and I became friends right away – she was seven years old but was still happy to play with me. At fifteen years old, Calvin was already ancient by then and was a little grumpy, and mostly ignored me. But that was okay, because I had lots to explore and mom and Emily to play with. The third dog, Eccles, was mom’s retired guide dog and she seemed to be friendly as well, though she didn’t really want to play much either. She also tried lecturing me on how to look after mom best – as if I needed to be told! Still, I thought it would be disrespectful to ignore her so listened to what she had to say… before rushing off to explore some more.

Eccles and I had a polite conversation about who would get to sleep beside mom on the floor next to the bed. She felt she ought to retain that right. But I told her it was my spot now, since I was mom’s proper guide dog. The conversation went on for quite some time. And eventually we agreed to take it in turns – with whomever got there first winning the coveted spot. Which, of course, meant that I got to sleep nearest to mom most nights. Because I was so much younger and quicker than Eccles, and would race to the bed as soon as we’d had our night-time biscuits.”
We’ll let you know how to get hold of the book soon, I promise…