Paws for Thought: You Can’t Choose Your Family. 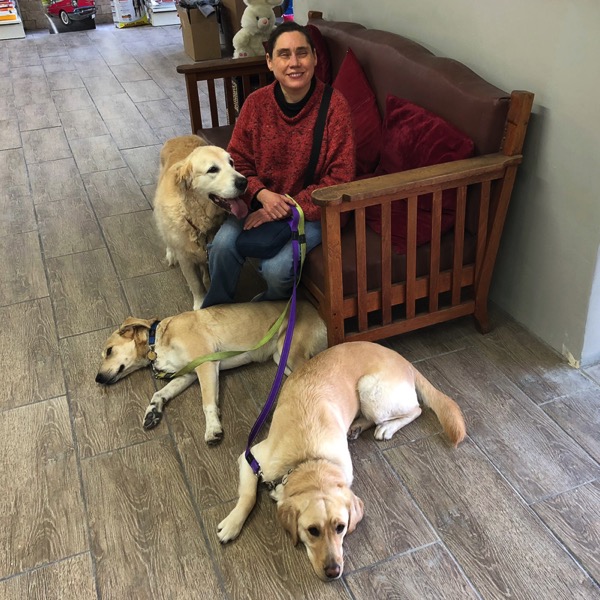 Whoever said you can’t choose your family was so right. Yet my sister Emily and I totally fell for it when mom and dad told us we’d be able to choose our new sibling from TEARS animal rescue. Because, if that were the case, how did we land up with the dog whose first act was to snap at me?

Let’s just say that our first few weeks with Allie were a little tense. I mean, how would you react if someone just dropped a brand new person into your fairly ordered life and said, “Hey, here’s your new sister – now everyone play nicely!” I’d bet you’d also be a little unsettled. So it took me and Allie a bit of circling round each other and muttering before we settled down to some serious play.

I’ll admit that everything became a lot less stressful when mom convinced me that Allie wasn’t going to take over my guide dog duties. And having an Allie-sister actually became fun when dad started running with both of us.

For those who want the details, Allie’s an 18 month old Labrador crossed with an alligator. At least, that’s how it seems since she loves to play-bite me on the legs. She’s full of energy and is intensely curious about absolutely everything. She’s somehow convinced dad that she’s allowed to sleep on the couch, which none of us other dogs have ever been allowed to do.

Allie used to cry when mom and I went for a walk, until dad bought her a toy that spits out pellets of food as she bats it around the house. Don’t tell mom, but sometimes I’m tempted to stay home to play with the toy instead of going for a walk. But I really love walking so I’m not too tempted. But maybe just once … just till I get one of those pellets!

Allie’s now so much part of our family that I’ll even let her drink out of my water bowl when I’m drinking, which I never let other dogs do. And it’s so much fun when Allie and me gang up on our oldest sister, Emily! 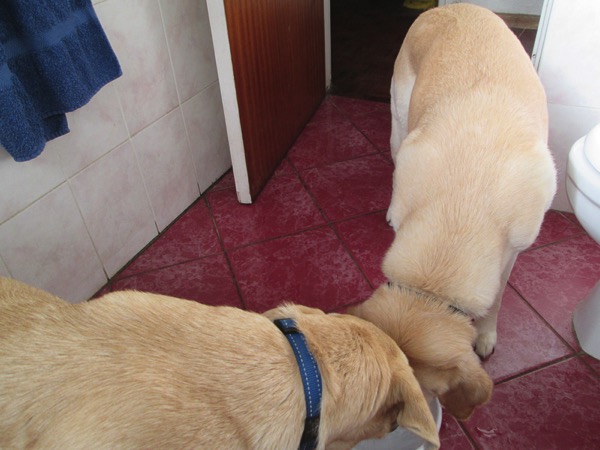 After a somewhat rocky start, I’m glad Allie has become my sister. Though there are times she can be a bit of a handful. Which is why I snapped at her last week – but just a little bit, I promise. And maybe that was just payback for her snapping at me the first time we met…

When it comes down to it, even though it’s true you can’t choose your family, I’m pretty sure I’d have chosen Allie to be my sister even if I had been allowed to choose.

Welcome to the family and lots of wags, little sister, Allie!

2 Responses to Paws for Thought: You Can’t Choose Your Family.