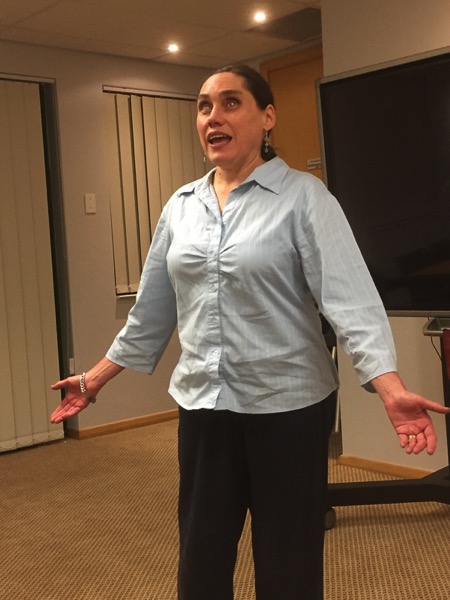 I’d love to know how many blind and visually impaired people have been unsuccessful in a job application because of barriers in the hiring process – both physical barriers and the more insidious barriers of unconscious bias. Want to know what on earth I’m talking about? Well, read on…

Sometimes an applicant may need to complete a range of aptitude tests, which may be conducted on computer. While some of these systems are designed with the needs of visually impaired candidates in mind, many of them are not.

I’m not saying that employers deliberately try to exclude visually impaired candidates. I really don’t believe that’s the case. What I’m saying is that perhaps these systems need to be reviewed to ensure they are inclusive of those with special needs.

Another potential barrier to employment are the unconscious assumptions that may affect the way people see disability. I’m startled when friends I’ve known for some time ask questions that reveal they don’t know what I can and can’t do. If people who know me struggle to understand my abilities and skills, how much more difficult must it be for someone in a hiring position who doesn’t engage with a visually impaired person on a regular basis.

Sadly, though we may try to deny it, the usual assumption made by people is that disability means inability, and that’s simply not true. Our abilities are no different – all that differs is the way we access information and accomplish tasks.

How often in job interviews are disabled candidates confronted with questions about how they accomplish the most basic tasks – How do you dress yourself? How do you cook a meal?– which have absolutely nothing to do with the job. The frightening thing is that if those conducting an interview can’t imagine how a visually impaired candidate can accomplish the fundamentals of independent living, how on earth will they be able to conceive of the same person carrying out the requirements of a job?

My plea to companies is that they relook at the systems they use to invite and assess candidates to make sure they aren’t inadvertently excluding those with a disability. I know of at least one company who specialize in this field and would be happy to refer them. Likewise, if I can assist organisations in my capacity as a consultant raising awareness of how we accomplish tasks and challenge the assumptions people make about disability and inability, I’d be more than happy to chat to you.

PS Please share this article with anyone you know who might need to read it – let’s work together to increase the inclusion of those who are visually impaired into society and the workplace!